The Difference We Make

You are here: Home / The Difference We Make 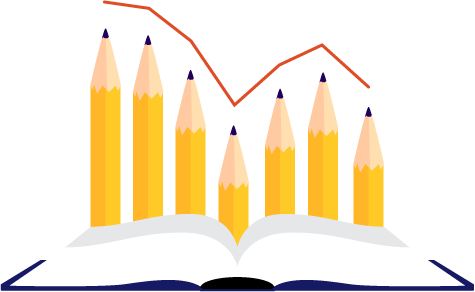 A central goal of CARE is to generate awareness of the issues surrounding AAPI access and participation in education in order to inform education policy. The work begins with the premise that good policy decisions should be informed by good data and informed research. Policy decisions that include AAPIs tend to lack data and use deficient analytical and conceptual frameworks to address the needs and issues of the population. CARE engages a policy audience through research and collaborative efforts with institutions, foundations, community-based programs, and government agencies.

Hosted a national symposium on AAPI data disaggregation with the White House Initiative on Asian American and Pacific Islander (WHIAAPI) and ETS at the U.S. Department of Education

The Office of the Undersecretary at the U.S. Department of Education

Presentation on the Partnership for Equity in Education through Research (PEER) with speakers from the Center for the Study of MSIs, De Anza College, and the U.S. Department of Education.

Research briefs and other studies cited in amicus briefs submitted for the U.S. Supreme Court case, Fisher v. University of Texas at Austin.

Presentation on the need for research and policy efforts to address the educational achievement and outcomes of minority males.

Research advisor for task force on improving the participation and degree attainment of minority males in Science, Technology, Engineering, and Math.

Presentation on the need for and uses of disaggregated and cross-tabulated data in higher education policymaking.

Member of an advisory group on data collection and reporting to address the educational challenges facing minority males in education.

The first annual Asian & Pacific Islander American Scholarship Fund (APIASF) Higher Education Summit: Access and Success: A Discussion on Asian and Pacific Islander Americans in Higher Education will bring together a multi-cultural group of political leaders, higher education researchers and administrators, representatives from the private and government sectors, community organizations and students, to generate an active dialogue on AAPI students in higher education.

Presentation of research at Tri-Caucus briefing on the challenges facing minority males in higher education.

Between 2009 and 2010, the CARE Project has been a partner with the College Board to raise awareness about the barriers to college participation and attainment for minority males, including AAPI male students. In addition to participating in a day of dialogue about the needs of the AAPI community, the CARE Project has also been engaged in the development and dissemination of the report, The Educational Crisis Facing Young Men of Color.

This meeting brought together policy-makers, educators, researchers, and foundation professionals to describe and assess the needs of the AAPI community in New York City. City Councilman John Liu gave the keynote address.

This national press conference for the CARE report occurred concurrently with a CAPAC Education Summit, and received endorsements from Congressman Honda and Congressman Wu. The goal of the press event was to highlight some of the key findings of the CARE report, and talk about the future activities of the project.

These regional meetings were held in four U.S. regions – the East, West, Midwest, and the South (see below for city and state). In each of these regions, the AAPI population has unique demographic characteristics, with particular challenges and barriers that are specific to their local sub-populations and are often unacknowledged and/or overlooked. The targeted regions were as follows:

On November 8, 2007, we provided testimony to the House and Senate Democratic Leadership and the Congressional Asian Pacific American Caucus about the state of Asian American and Pacific Islander education and living up to America’s commitment to equality of opportunity in our educational system.

Provided testimony for the House of Representatives about amendments to the Higher Education Reauthorization Act.

We have provided testimony, data and research which have informed legislation that has resulted in the creation of the Asian American and Pacific Islander Serving Institution designation. We are committed to collaboration on the implementation of this program through research and advocacy.